Originally from someone named Goreripper. I augmented them some >:)

The alternative reform camp had some interesting ideas about punishing pridefulness. He pretended not to hear the comments... "Look how shriveled it's gotten! He must be cold..." "I can't believe he has to go NAKED!" 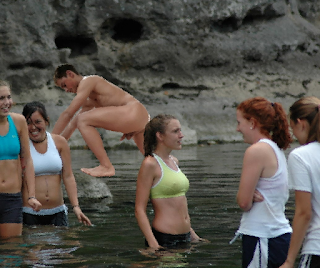 Gordon hated camping. "Laundry day" was always an excuse for his sadistic stepmother to suspiciously take all day to finish washing his clothes, which were taken when he had to bathe in the lake... the women commented on his body, and he couldn't "be rude" if he wanted to avoid a spanking. When the topic turned to his, ahem, development, his embarrassment overtook him 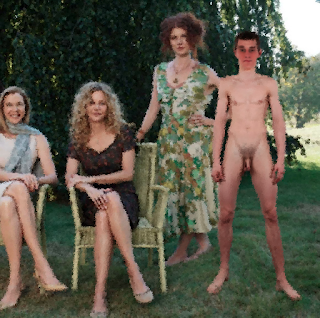 Email ThisBlogThis!Share to TwitterShare to FacebookShare to Pinterest
Labels: camping, CFNM, embarrassed, only one naked, swimming