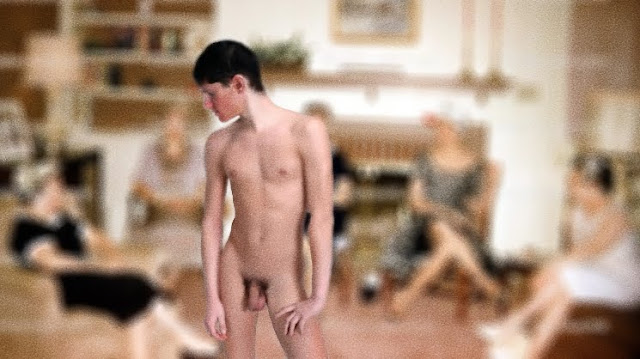 It was Sunday evening, and the aunts, neighbors and some of their daughters would be over for tea. They had heard the thwacks of the belt against the lad's bare bottom echoing from the den. The poor shy Henry had even had to count aloud to 10...

The lad folded his arms and stared down at his shuffling feet, hoping to slip past.

He had to stop.

Commenters, what did they say?

He swallowed the knot in his throat, before resuming his trudge toward the corner.

He would be facing a body-length mirror.
Posted by geilerJunge at 3:35 PM